The Béarn in South West France 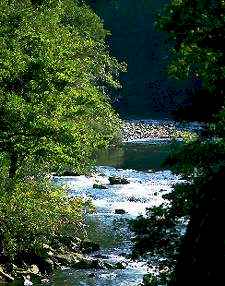 First mentioned as a Viscounty in the 9th Century, it is thought that Béarn owes its origins to the Roman town of beneharnum, now Lescar just North of Pau.

In the 13th Century Béarn passed into the hands of the County of Foix, separated by Bigorre. Count Gaston Fébus started the conquest of Bigorre under the English occupation of Gascony and completed the fortification of many of the towns in the Béarn during the 14th Century - the remains of his building program can be seen today at Orthez, Pau and Sauveterre-de-Béarn.

The Béarn was later controlled successively by two important noble families, the Albrets and the Bourbons, Kings of Navarre. The Béarn was attached to the Kingdom of France in 1620 after the death of Bourbon Henri IV who was the Count of Béarn and the King of France.

During the Napoleonic wars, Wellington's army passed through the Béarn, winning an important battle at Orthez and setting up a garrison at Pau (the final Battle "Le dernier Redout" (Last stand) was at Arcangues, 5 kms South West of Biarritz in the Pays Basque). The British were very well received in the area and many soldiers from Wellington's campaign set up home in the Béarn when they retired.

The geography of the Béarn is dominated by the valleys of the two large mountain river sources (called 'Gaves' locally): the Gave d'Oloron and the Gave de Pau - two of Europe's finest Salmon and Trout fishing rivers (see Map). The rest of the terrain is rolling hills and valleys, at around 350m - 450m above sea-level. Magnificent views from the hills of the surrounding countryside and of the Pyrenees Mountains, and of course, the closer you get to the mountains, the foot-hills get higher and the valleys deeper - up to a point where spectacular gorges appear.